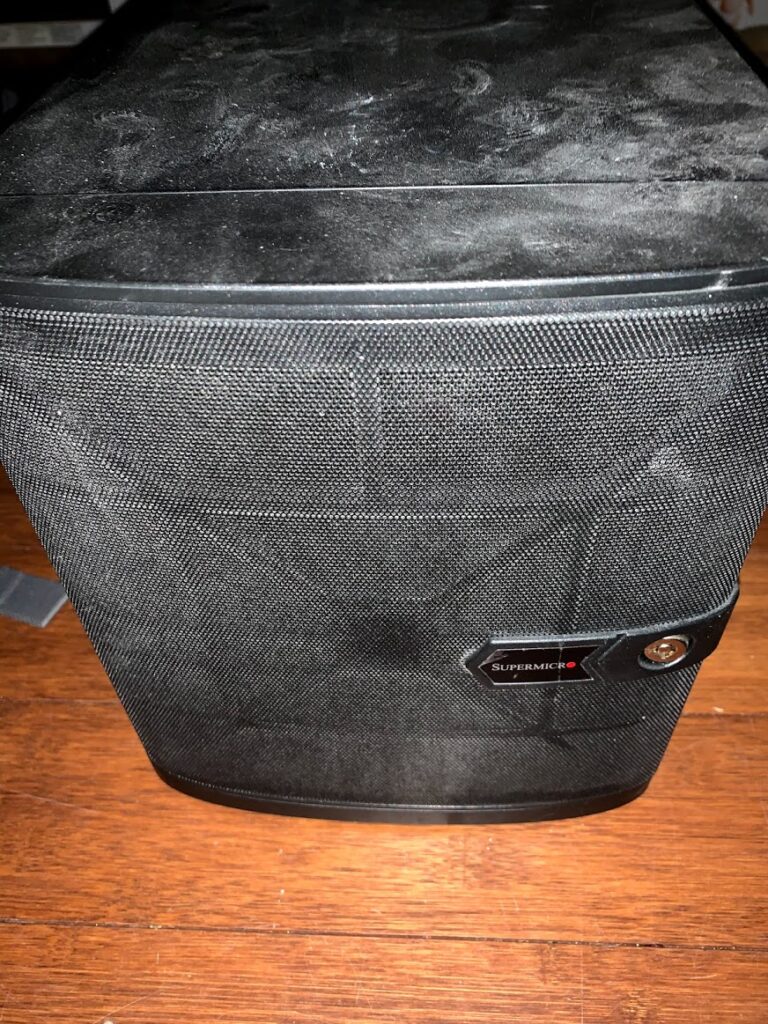 This post continues my migration into my new rack.

As more and more parts arrived, it became time to migrate my Supermicro 5028D-TN4T. This tiny little server packs quite the punch, with an 8c16t Supermicro D1541 and plays a role of one of my ESXi servers.

Again, as before with my Whiteboxing a 1U series, I knew pretty much all the parts that I needed to get, except this time I got the rear I/O version of the 1U short depth case.

Sheesh. It’s a long list, some of the parts were a bit hard to find, so it took a few weeks for everything to arrive.

Once everything arrived, I dug the old bird out of the corner, and started disassembly. It was VERY dusty:

And a terrible picture of the inside:

And the board is extricated:

The new case is SOOOO much better than the rear I/O version. There’s actually room for all the cables from the PSU.

On the front I/O version, you usually just end up with an ugly bulge in the front:

The top-left corner of the following image definitely demonstrates what I’m talking about with front vs rear I/O:

vs the mess in the front I/O version:

Everything installed. I reused the fan brackets from my old SYS-E300-8D, and tracked down an internal USB header that fit. The pictured one was too tall:

I installed two fans as eventually this board will be receiving a 40Gb upgrade. As with the D1521 build, it was LOUD. I installed a pair low-noise adapters, and the problem was fixed, and the server stays nice and cool:

The case looks nice all racked up and is basically dead silent. I might even consider replacing the D1521 build with the rear I/O version if they weren’t so expensive.

Continued in the X10SRH migration.