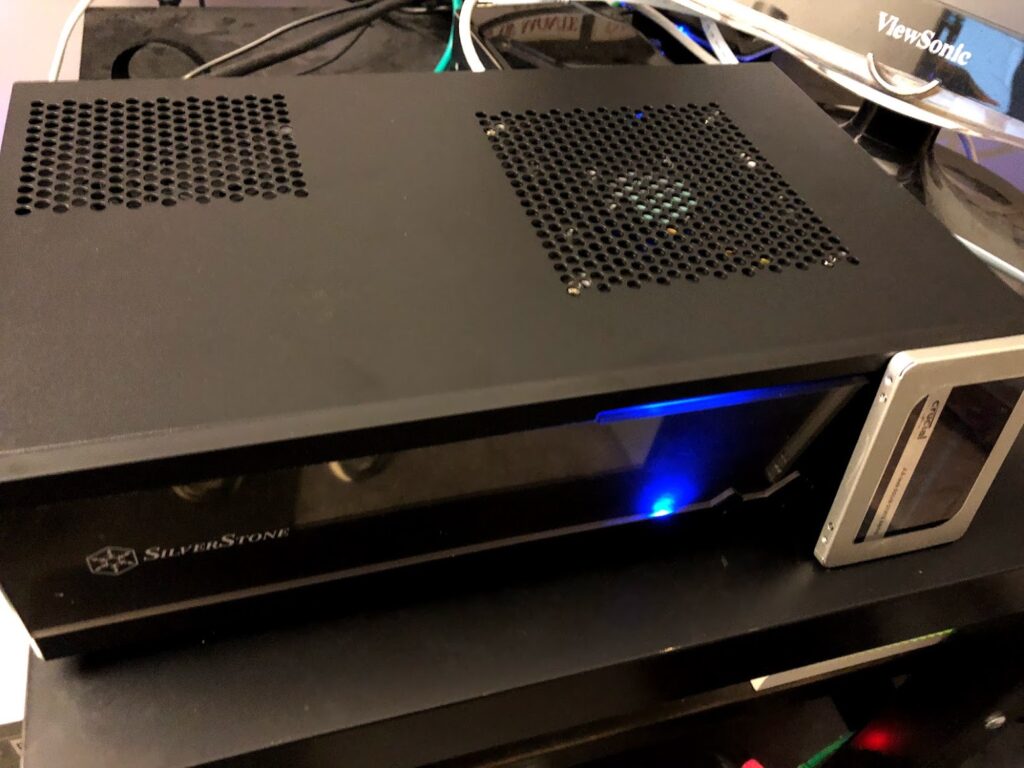 As part of my continued rack migration, it was time to move the D1521.

Fortunately, this migration is just reusing parts from my Whiteboxing a 1U series. Which meant I had mostly already gone through the pain and had all parts on hand.

The “original” home for this server was a solid Silverstone HTPC Case.

For a tiny case, the airflow is very decent, probably due to the huge fan that floats over the main board. Though the PCIe slot needs a bit of extra love:

I reused the old 1U short depth Supermicro case from my prior build.

And what it looks like when I’m in labbing mode and changing things around:

You might notice some electrical tape holding down the fan. The stock fan placement in this case is inefficient for these XeonD boards. The fan ends up missing the CPU almost completely.

My original setup incorporated a lack rack, so the front facing I/O was okay. In the rack setup, it’s just means I need an extra 1U brush panel:

The final piece that I need to add was a low-noise adapter for the fan. Considering the D1541 was going into a similar case, a three pack was good enough.

This server was by FAR the most loud thing in my rack, and even on optimal settings the fan was too loud. With the adapter, it’s nice and cool (and silent):