Skip to content
Posted inHardware
Posted by By Kroy March 22, 2017No Comments 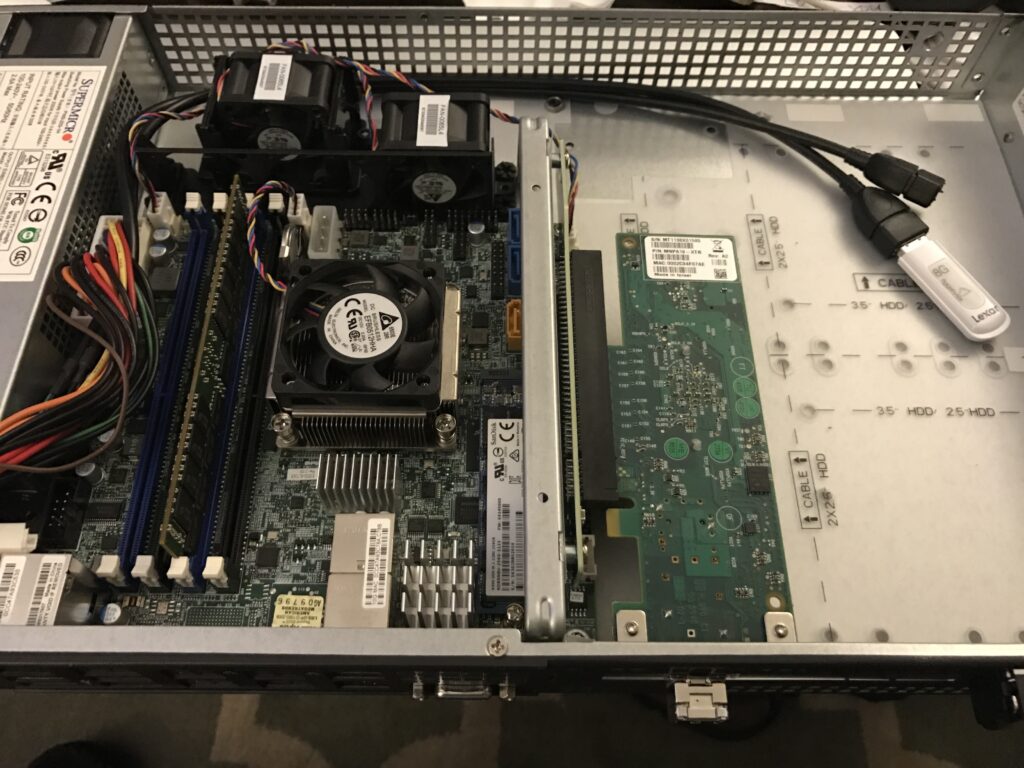 With all the previous problems from this build, it’s not surprising that this server continued to torment me.

After researching and testing, I determined that my up-and-down power consumption problems were due to the DC->DC power supply I was using. Simple fix right? Just install the original power supply.

I wasn’t entirely happy with the routing of the all the cables either. It just ended up being really messy. Plus, with the way the cables were stuffed inside, the case bulged in the front. And, it was still overheating as I wasn’t getting enough air movement over the CPU.

The CPU fan/heatsink was finally delivered. Even though not specifically marketed for these Xeon D boards, from my online research I discovered that the SNK-C0054A4L is a drop-in replacement for the stock passive heatsink.

I’d be lying if I said it wasn’t a bit scary getting the passive heatsink pulled off the board. It was a bit welded on there, so it took some prying until it finally popped off. After a bit of alcohol and a coffee filter, it was clean and shiny:

The CPU cooler shipped with thermal tape on it already, so installation was easy. Pull the paper off the tape and screw down. Success right?

If you are sharp-eyed, you’ll notice a problem. The same problem I noticed about 5 seconds after tightening down the screws. I MOUNTED THE COOLER WRONG!!!

The direction of the fins should be with the airflow, not across it. Sigh. More alcohol and coffee filters.

After all that, it was done. Everything was mounted, cables were stuffed in front of the power supply, and fans moved around for more airflow.

The left fan in the above photo is the official mounting point for a fan in this case. As you can tell, it’s a less-than-ideal location for this particular motherboard.

It’s safe to say that I made mistakes, either through carelessness or lack of planning. But there are still pieces related to assembling your own 1U server that introduce all kinds of special challenges.

I’m never EVER doing it again.

Whiteboxing a 1U – the rage continues