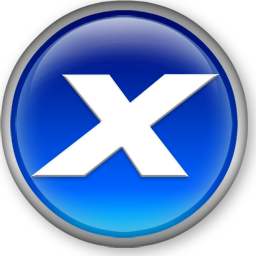 In this post, I explore putting XenServer on these NUCs. While XenServer is firmly in the “traditional full-blown hypervisor” category, it would be a potential alternative to expensive VMWare licenses.

XenServer is a virtualization platform by Citrix that adds VMWare-ish capabilities to the otherwise fairly bare hypervisor Xen. Xen is probably one of the most widely deployed bare-metal hypervisors simply due to the fact that Amazon’s EC2 uses it.

Personally, I’ve used XenServer in the past in production and hated it. The internal vSwitch was constantly getting overloaded and bringing down our entire software stack. It’s not like Xen itself isn’t capable, but at least when I used XenServer (in the 5.0 days), it had problems.

I figured as long as I had the platform to mess around on, I might as well give XenServer a shot. About an hour later (it took FOREVER to install), it was up and running.

I suppose it surprised me a little bit when I realized a “fat” Windows client was still required. At least on ESXi, there has been an HTML/Flash client available for a while now. A quick search told me Xen Orchestra was available, but I needed to get the storage set up first.

It didn’t take me long to realize I had a problem. When I was looking for the USB Ethernet controller to create the storage network, I realized it wasn’t working.

The NIC was found, but it wasn’t detecting the link on itself. Moreover, every time I rebooted the server and clicked “Rescan”, it changed its name to another NIC.

Through some command-line hackery, I was able to get the secondary NICs working:

But unfortunately, the GUI still wouldn’t see the NICs, not to mention that every reboot changed the name of the device, so it wasn’t much help anyway.

So that was the end of that test. Unfortunately if I can’t even get the basic networking set up (and stable), it wasn’t going to do to me much good to continue testing with it. I was only marginally interested in XenServer anyway, so it didn’t really break my heart to move beyond this test.

With that said, these servers are getting tossed into the GParted bootstick blender!

Completed the Xeon D Lab with a Router

Proxmox and Ceph for the NucNucNuc